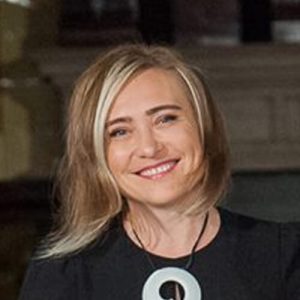 At the tender age of 7, Lenie was given a few remnants of material which she chose to fashion into a dress for herself. This simple act became the start of what would become a deep rooted and cherished desire to become a fashion designer. Everything centred on fashion design from then on and Lenie took every chance to create dresses throughout her childhood. Further on, Lenie pursued her dream with a passion, taking a wide range of courses in fashion to create a solid foundation for herself that would give her the required credentials to be a successful fashion designer.

Whatever our dreams may be, sometimes we question ourselves as to whether we can really achieve them or at least allow others to. In the same vein, Lenie took a cogent decision to study telecommunications engineering alongside her courses in fashion. She obtained a degree in Telecommunications Engineering from a Russian university proving that not only did she have a strong artistic ability, but a sharp intellectual mind.

Lenie then moved to Oxford, UK in 2001 where she added further series of skills to her fashion portfolio by qualifying as an image consultant and stylist. In addition to being the creative stylist on magazine photo shoots, she has helped many women discover their own unique style that brings out their intrinsic beauty. As Diane von Furstenberg said ‘Style is something that each of us already has, all we need to do is find it.’

One of her successful endeavours has been Lenie’s Revival Boutique Dress Agency which she has run since 2010. In this time, the agency has become the secret treasure trove of those in the know; where discerning fashionistas know they will have a choice from a vast selection of clothes and accessories and where each item is carefully hand selected by Lenie in the most scrupulous way for their sophistication and finesse.

Throughout this time, Lenie has continued to design womenswear and has become renowned for creating bespoke pieces for a select clientele. She sponsored Lydia Williamson in the Miss Oxfordshire 2013 pageant where she both designed dresses for Lydia and styled her for the event. Lydia went on to win the Miss Oxfordshire 2013 title having impressed judges with her outfits, notably a dress designed by Lenie made entirely out of recycled materials in the Eco round and a dress hand encrusted with 3000 individual Swarovski crystals. Lydia went on to take part in the Miss England 2013 finals in June that year, with Lenie designing a Picasso ‘blinking eye’ dress for her and a dress hand encrusted with 5000 Swarovski crystals.

In 2014, all the nuances of the various elements of Lenie’s life culminated in the officially launch of her career as a fashion designer. She showcased her first collection for Spring/Summer 2015 at London Fashion Week. Her womenswear collection aptly named ‘Voyage’ to indicate the journey that her love for fashion design has taken her was highly lauded and singled her out as one of THE designers to watch out for in the coming time.

Her second collection, for Spring/Summer 2016, was revealed at London Fashion Week. The collection Dramatique was fiercely anticipated and Lenie allowed her unique creativity to shine through in each piece so that we are able to appreciate the depth of her talent.

Recognized for her grace, professionalism and style, Lenie has a distinctive taste in fashion and culture. She is a creative artisan who brings her visions to life through her designs and whose ultimate aim is to allow a woman to express her innate beauty, individuality and confidence when wearing a LENIE BOYA creation.

A luxury womenswear label, LENIE BOYA designs and creates the most superlative, natural and feminine apparel in its category with class leading appeal and accessibility. Inviting duality of classic chic and avant-garde with a perfect fusion of the naturally elegant and bold for the fascinating, cosmopolitan and powerful woman, LENIE BOYA reflects the quintessential essence of an independent lifestyle through unique design and detailed elegance.

Always with an eye on the future, LENIE BOYA apparel exudes quality and individuality in both design and fabrics.

Not for the timid? Perhaps; but always wearable, comfortable and elegant. 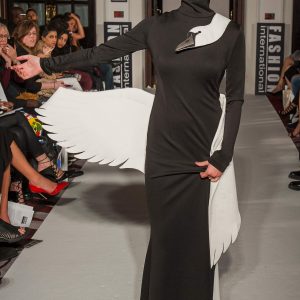 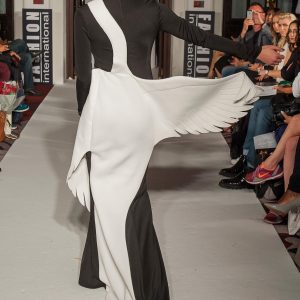 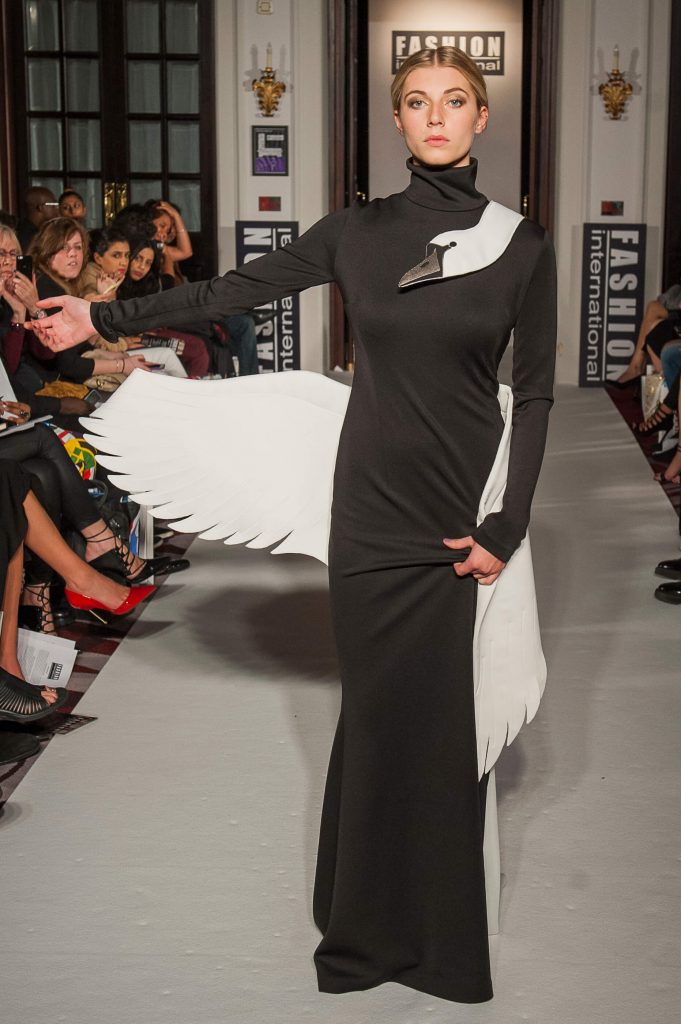 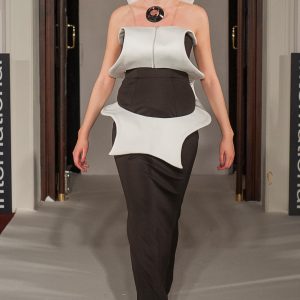 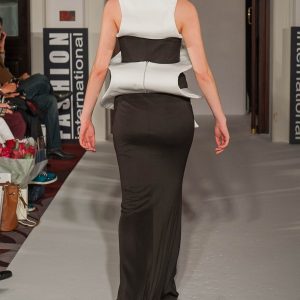 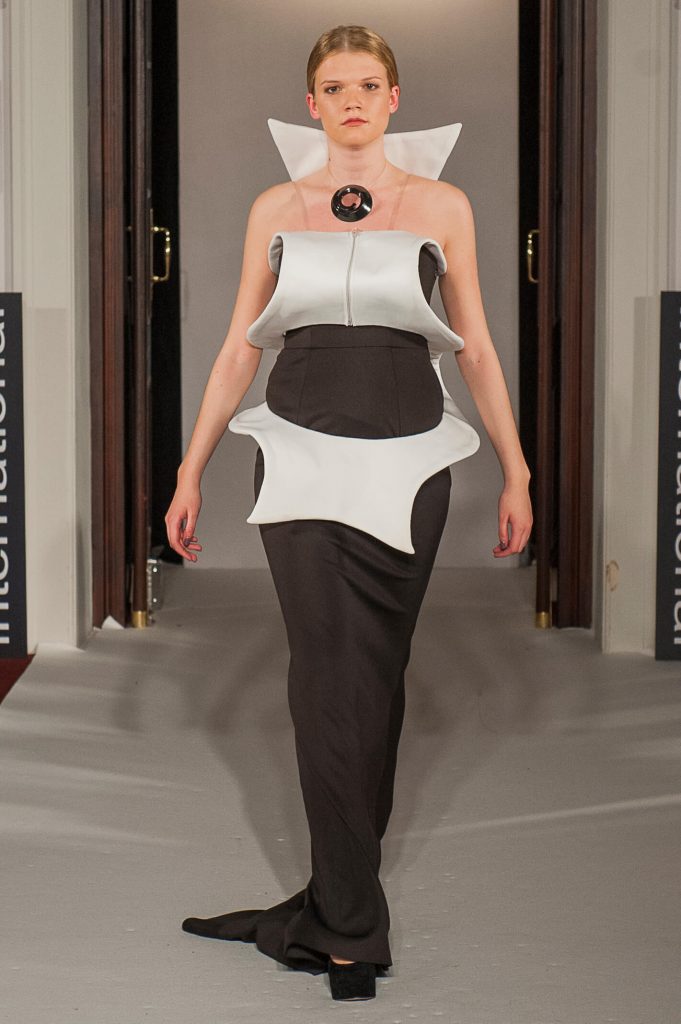 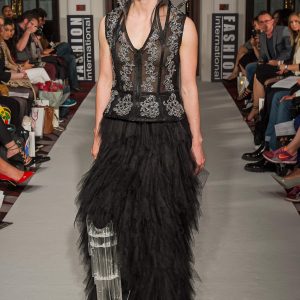 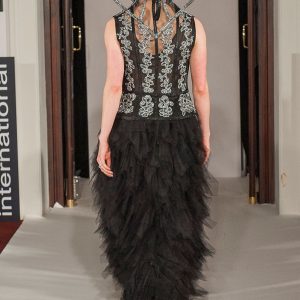 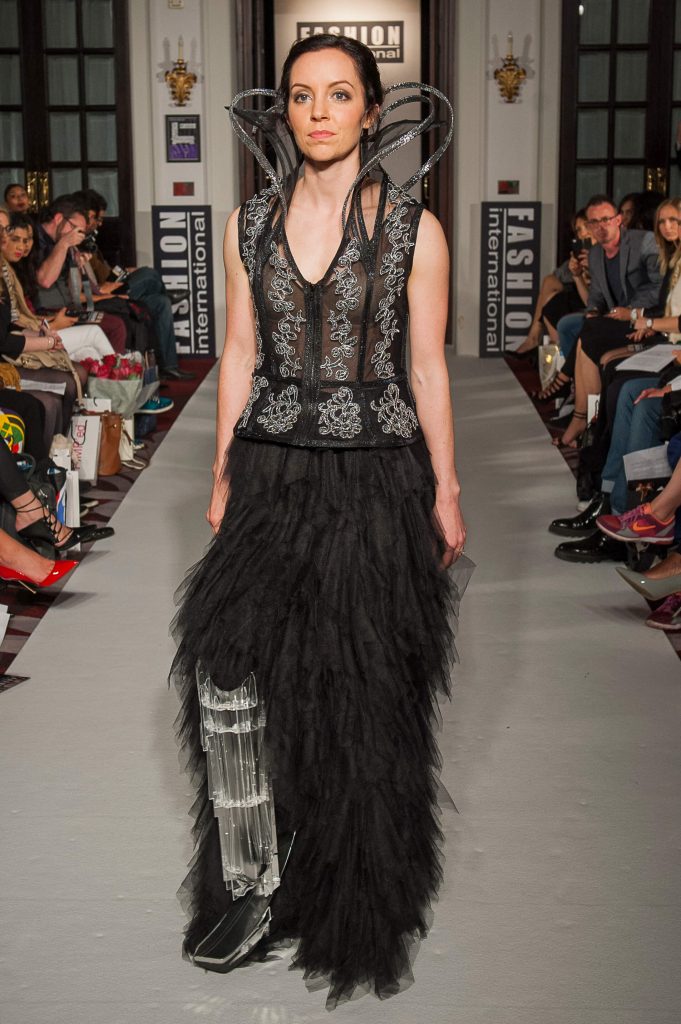 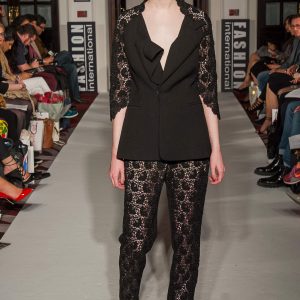 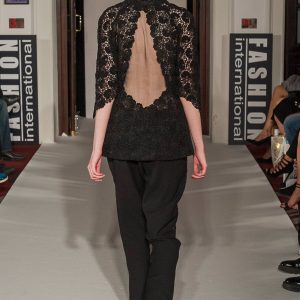 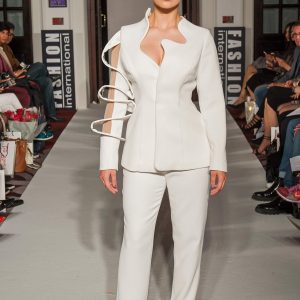 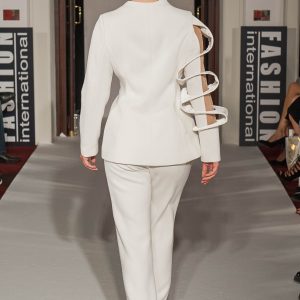 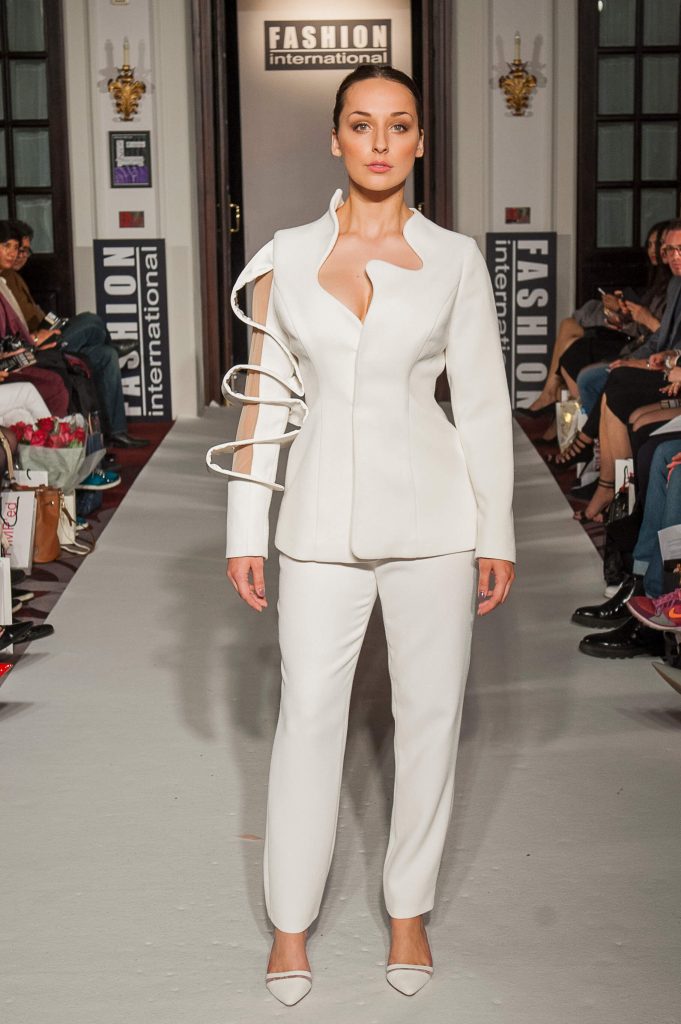 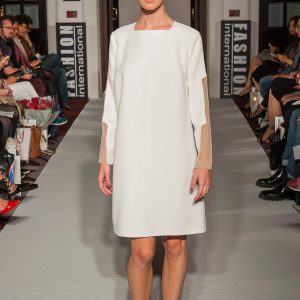 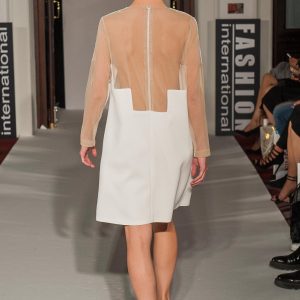 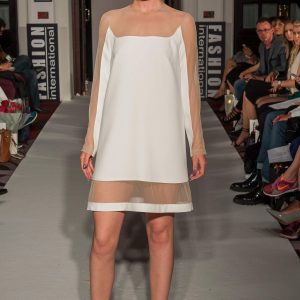 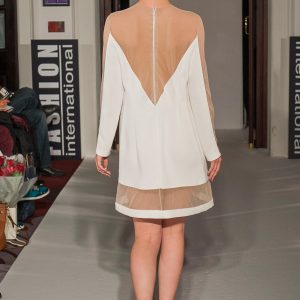 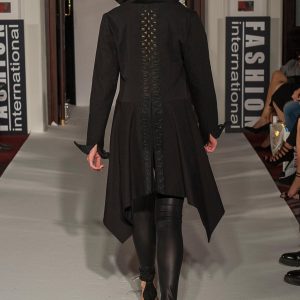 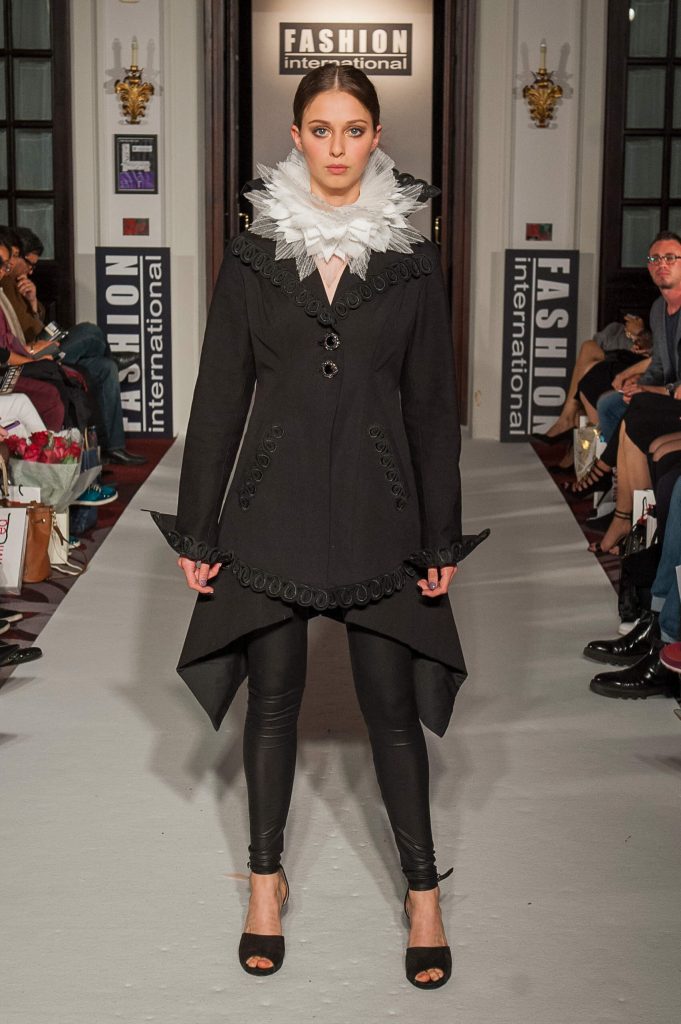 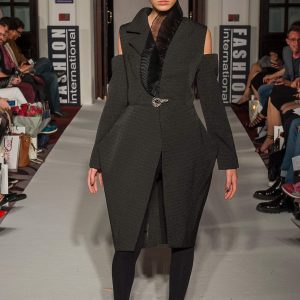 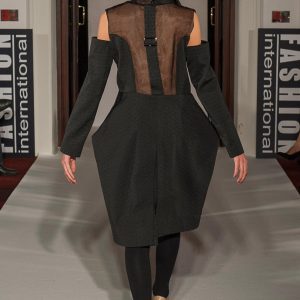 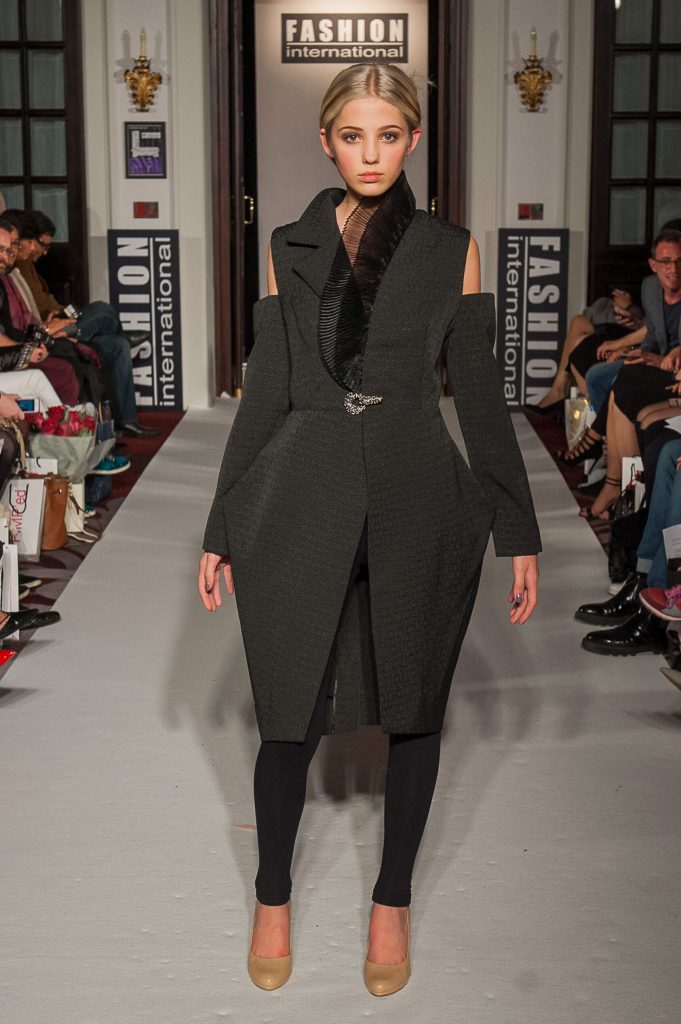 Black brocade angular jacket with half-pleated collar and organza back 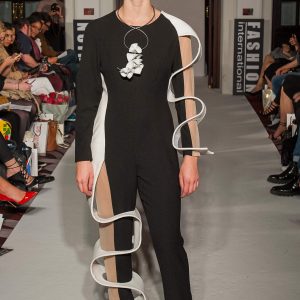 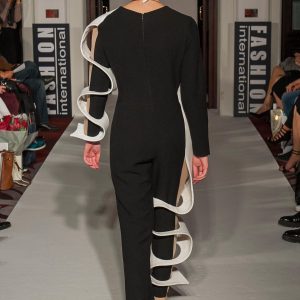 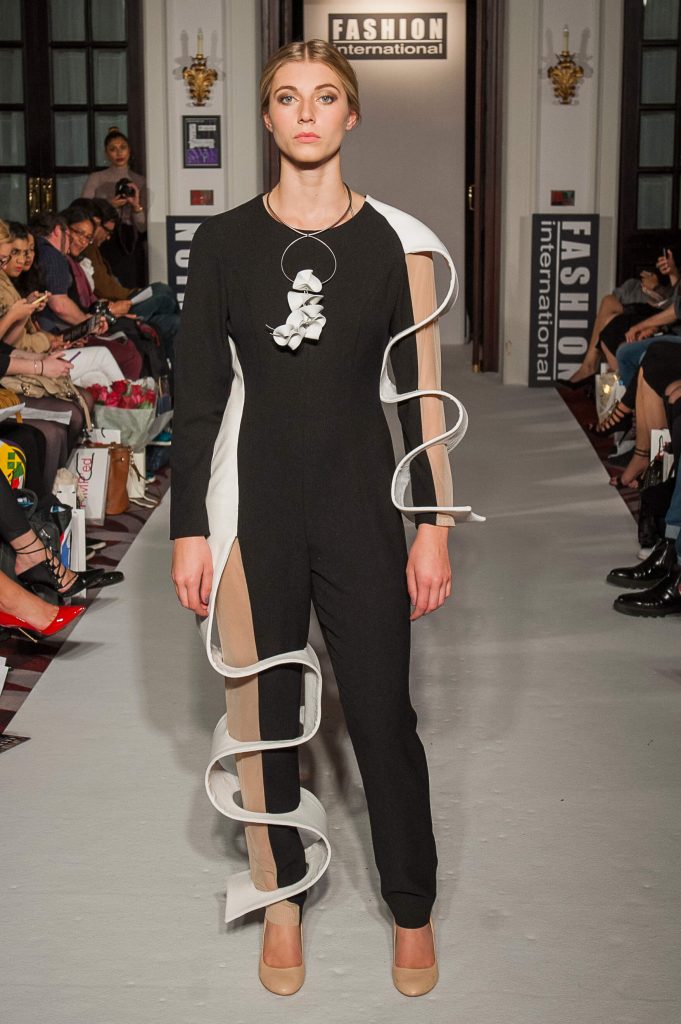 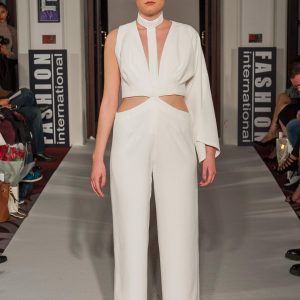 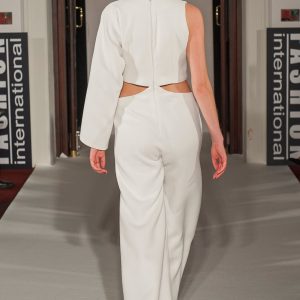 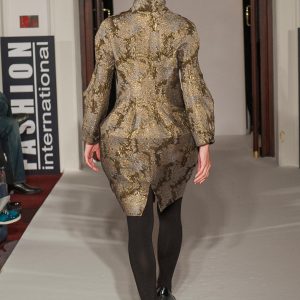